“Tennessee Enacts Law to Incarcerate Pregnant Women Who Use Drugs” 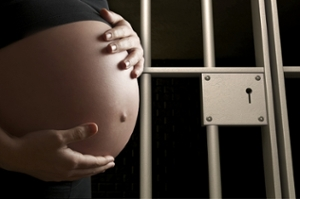 The state of Tennessee made national headline news on April 30th.  After passing the state house and senate, Gov. Bill Haslam signed bill      SB1391 into law.  This law is the first in the US to authorize the arrest and incarceration of women who use illicit drugs during pregnancy.  Healthcare providers, addiction experts, reproductive and civil rights advocates, and the White House Office of National Drug Control Policy urged the governor to veto a bill that would allow prosecutors to charge a pregnant woman with criminal assault.

Gov. Haslam stated in a Fox news story, “The intent of the law is to give law enforcement a tool to address illicit drug use.”  On the contrary, pregnant women may find themselves trying to hide from the law, and consequently not receiving the care they need to treat their addiction.  In an NPR news story, aired prior to passage of the bill into law, a new mother was interviewed who was addicted to narcotic pain medication during pregnancy.  She said that it was hard to tell people, but it would have been even harder if she thought she could be punished for her addiction.

In a recent news story for Salon, Sen. Mike Bell, one of the seven Republicans in the Senate to vote against the bill, stated “I represent a rural district, and there’s no treatment facility for these women there…”  The Salon article reports that only 19 of the state’s 177 addiction treatment facilities offer any addiction care specifically oriented toward pregnant women.

The NPR news story discussed another aspect of this law which affects new mothers whose babies are born with signs of neonatal abstinence syndrome (NAS), the medical term for neonatal withdrawal symptoms a day or two after birth.  It's not clear whether there are lasting effects from NAS.

In contrast to illicit drugs, a pregnancy exposed to alcohol may result in a life-long condition affecting growth and development of the exposed infant, a Fetal Alcohol Spectrum Disorder (FASD). These effects on the developing fetus are 100 percent preventable, if women who are at risk during pregnancy of alcohol addiction are identified, and prevention strategies are applied. Women who are addicted to illicit drugs or alcohol need support and treatment of their illness, not punishment.

Other states are enacting similar punitive “fetal harm” laws.  In Mississippi, a young woman faces life in prison since traces of cocaine were found on autopsy of her stillborn baby.  According to the report in Think Progress, the medical records indicated her baby was born prematurely, and the umbilical cord was wrapped around the baby’s neck.  Co-occurring conditions such as poor prenatal care, low socioeconomic status, or living at the poverty level often contribute to poor pregnancy outcomes.

In a Huffington Post article, Tamar Todd, senior staff attorney for the Drug Policy Alliance, stated, “The reality is that women use alcohol, tobacco, or other drugs while pregnant.  But only a few are prosecuted and only for using certain drugs -- not those drugs shown to pose greater possible risk to fetal health, such as alcohol, but those we have decided to criminalize largely because of the populations of people who use them. The bill unfairly targets poor women and women of color by singling out street drugs in lieu of more common drugs, like alcohol or prescription pills.”

Alexa Kolbi-Molinas, a staff attorney with the ACLU Reproductive Freedom Project, summarized her opinion regarding the passage of this law in Tennessee, “This deeply misguided law will force those women who need health care the most into the shadows. Pregnant women with addictions need better access to health care, not jail time."