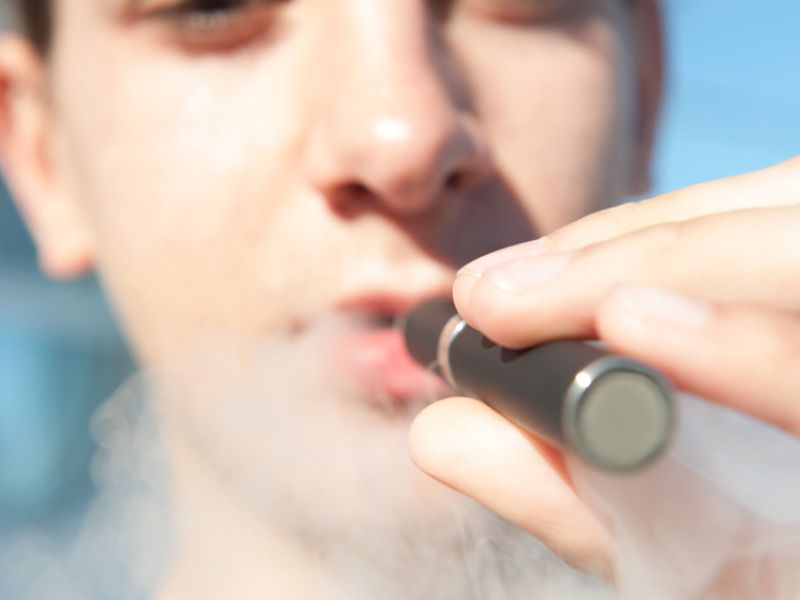 Marijuana is often seen as a relatively benign drug that produces a typically mellow high, but new U.S. government research shows that the drugs called synthetic pot appear to be much different.

Teens who use synthetic pot are at a heightened risk for violent behavior, risky sex and abuse of other drugs, the U.S. Centers for Disease Control and Prevention study revealed.

Synthetic pot -- sometimes called fake weed -- covers a variety of drugs sold under hundreds of brand names. Spice and K2 were common brands in the past. Some of the chemicals in fake weed are similar to those in marijuana.

These drugs are often marketed as natural and safe. But, they have unpredictable, and in some cases, life-threatening effects, according to the U.S. National Institute on Drug Abuse (NIDA).

And, they have become popular among teens because they are cheap and readily available, the NIDA warns.

"The findings indicate that students who report using synthetic marijuana are possibly on a very concerning health trajectory, which is particularly serious given that synthetic marijuana use is relatively common among adolescents," said lead researcher Heather Clayton. She's a health scientist at the CDC.

About one in 10 high school students has reported using fake weed, she said.

For the study, Clayton and her colleagues collected data on almost 16,000 high school students. The information was collected in 2015.

The participants were asked about their use of marijuana and synthetic pot. They were also asked about other drug use, violent behavior, mental health and sexual behavior.

Teens who used synthetic pot were more prone to being injured or to engage in violent behaviors than those who used only marijuana, the researchers found. For example, teens who used fake weed were more likely to carry a gun or get into a fight.

These teens were also more likely to have been the victims of sexual or physical dating violence. Teens who tried synthetic pot had increased risk of being threatened or injured with a weapon on school property, the findings showed.

Students who used synthetic pot also were more likely to have started using marijuana very early in life, before the age of 13, compared with students who had used only marijuana, the investigators found.

In addition, kids who used fake pot were more likely to have used real marijuana 20 times or more in the past 30 days.

Synthetic pot use was also linked to higher odds of having sex without a condom or other forms of birth control, the researchers said.

The study wasn't designed to prove a cause-and-effect relationship. And, it's possible that kids already prone to risky behaviors -- such as having sex without a condom or carrying a gun -- may simply be more likely to try fake pot, too, the researchers said.

"I'm concerned that the schools and providers are not screening adequately for substances in this age group," he said. "These synthetic drugs are often missed altogether."

Teens often turn to synthetic agents because they are easily available, cheap, offer sensation-seeking thrills and are hard to detect, Krakower noted.

Synthetic pot is illegal. It's listed as a schedule 1 drug by the U.S. Drug Enforcement Administration. But dealers try to skirt the law by continually tinkering with the formula and labeling the products as "not fit for human consumption," Krakower said.

"They are coming out with agents almost faster than we can detect them. Parents should monitor their children closely, especially if their child has already been using marijuana," he suggested.

"If they suspect substance use and notice an abrupt change of mood symptoms, new onset agitation, or aggression or paranoia, they should contact their physician immediately," Krakower advised.

Fake pot is often sprayed with dangerous chemicals or even pesticides. These chemicals can lead to unpredictable -- and sometimes deadly -- outcomes, he warned.

"In addition, there is heightened risk for seizures associated with the use of synthetic cannabinoids, which can lead to airway obstruction, coma and death," Glatter said.

The new research was published online March 13 in the journal Pediatrics.

For more on synthetic pot, visit the U.S. National Institute on Drug Abuse.